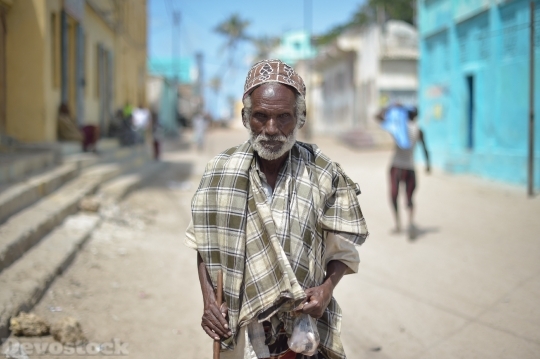 
An elderly man stands on the street of Barawe, Somalia, on August 23, 2016. Barawe, formerly a stronhold of the terrorist group al Shabab, was captured from the group nearly two years ago by the African Union Mission in Somalia and has since been in government hands. AMISOM photo / Tobin Jones