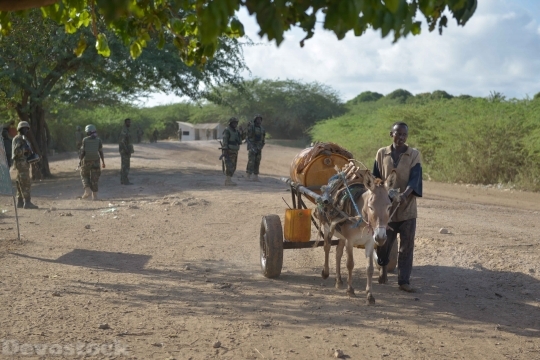 
A Somali man carrying water back to his home passes African Union troops during a foot patrol in Qoryooley, Somalia, on April 29. The town of Qoryooley was captured just over one month ago from al Shbab militants in a joint operation by African Union forces and the Somali National Army. AU UN IST PHOTO / Tobin Jones